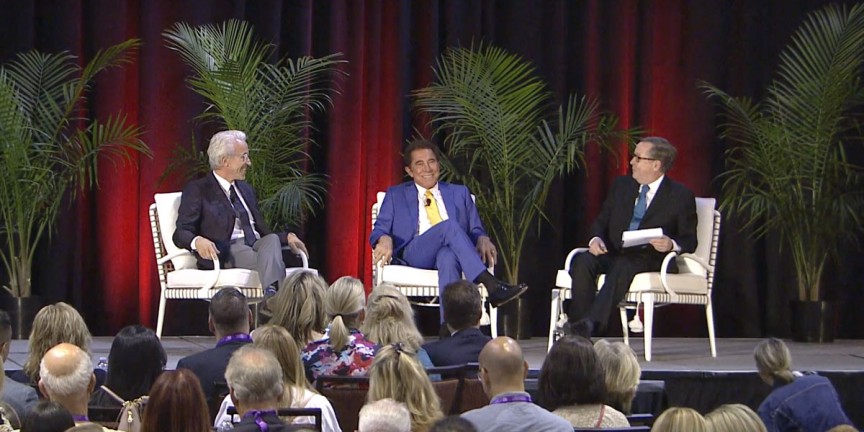 My boss (Steve Wynn, as many of you may know) and I had the great pleasure recently to discuss our work with Hospitality Design Editorial Director Michael Adams. Steve at one point in the hour discussion described me as “the writer,” and generously added, “it’s fun being the editor.” You can watch the whole thing on video (scroll down to the bottom of this page), but in the editorial spirit I am adding these notes. If you’ve ever wondered what keeps a guy like me completely enthralled working at Wynn Resorts, you will find some interesting clues here.

From the Fontainebleau to Caesars to…

As Steve tells it, the places he and I create today are direct heirs to a Western pleasure-palace tradition that planted itself firmly in the US with the 1954 opening of Miami Beach’s Fontainebleau, with curving forms, grand murals and formal French gardens that made for a “Jewish version of Versailles.” “It was so breakaway, so new that it didn’t even have a name,” Steve says. “It was the coolest place to be in America in high season.”

Fontainebleau Hotel in a March, 1955 | photo by Samuel Gottscho.

Steve’s family wintered regularly at the Fontainebleau. Then, around the time developer Jay Sarno opened Caesar’s Palace in Las Vegas in 1966, Steve began to think about the impact this kind of resort could have in the very different setting of the Nevada desert. Steve explains that he ended up in Las Vegas because of a “freak contingent event” – the sudden death of his father as Steve was about to finish college. Steve detoured into the family business from law school, and then headed West a few years later. 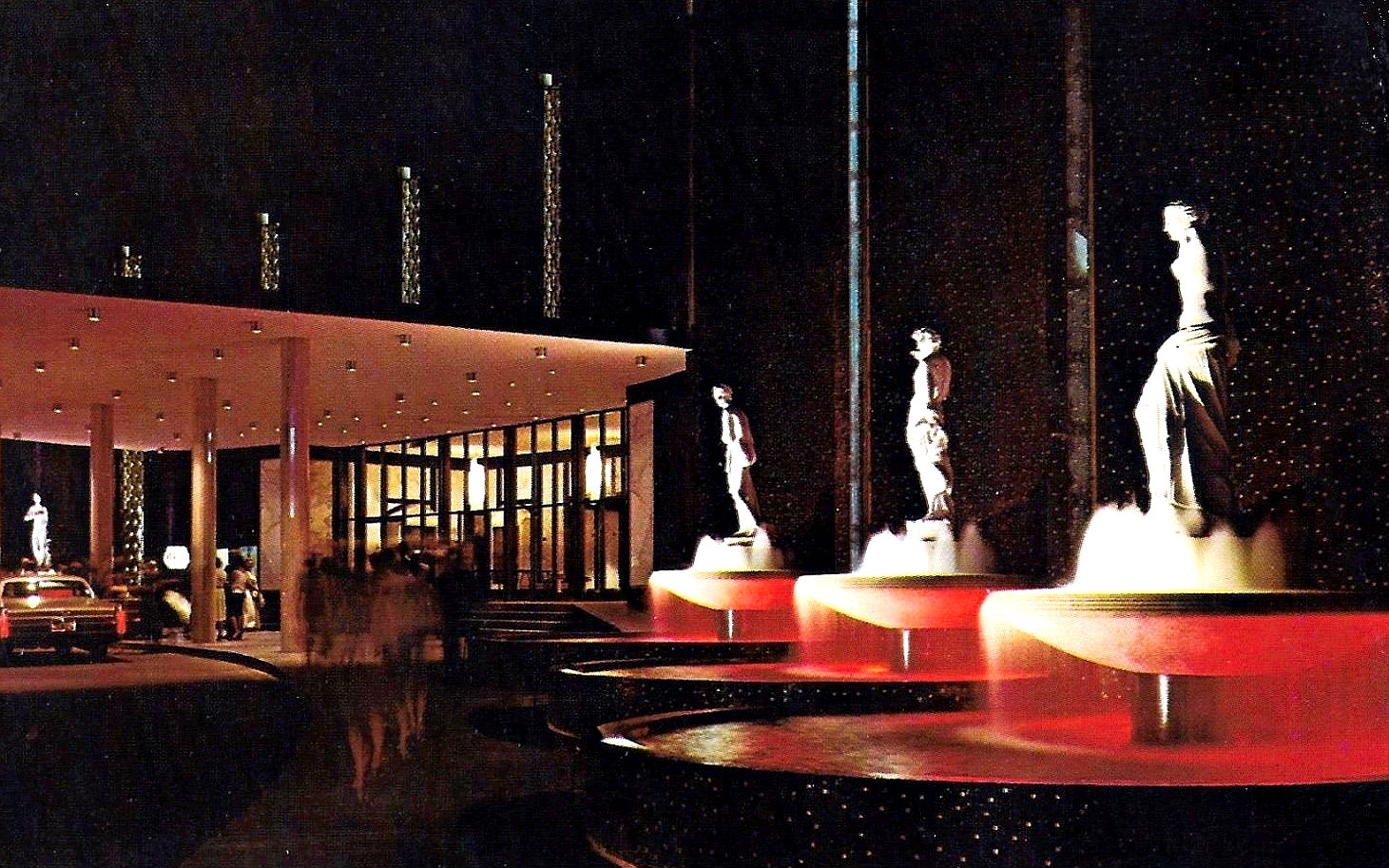 The forces of creation

In our discussion, Steve recounted a long history of Vegas hospitality design and how he came around to the way we develop our work. I grew up in Las Vegas myself – my father was Steve’s banker and much more, as Steve explains, and found a “thinness” to Las Vegas experiences. “When I met Steve,” as I explained in this discussion, “what captivated me was that Steve wanted to give a depth of experience.”

I love the way Steve expresses that need. “What would make a person want to get on an airplane, travel a long distance, and want to come to a place the way people went to the Fontainebleu. You’ve got to have pretty strong medicine.”

And what’s stronger than the “primordial forces of life” of sun, flowers and water. 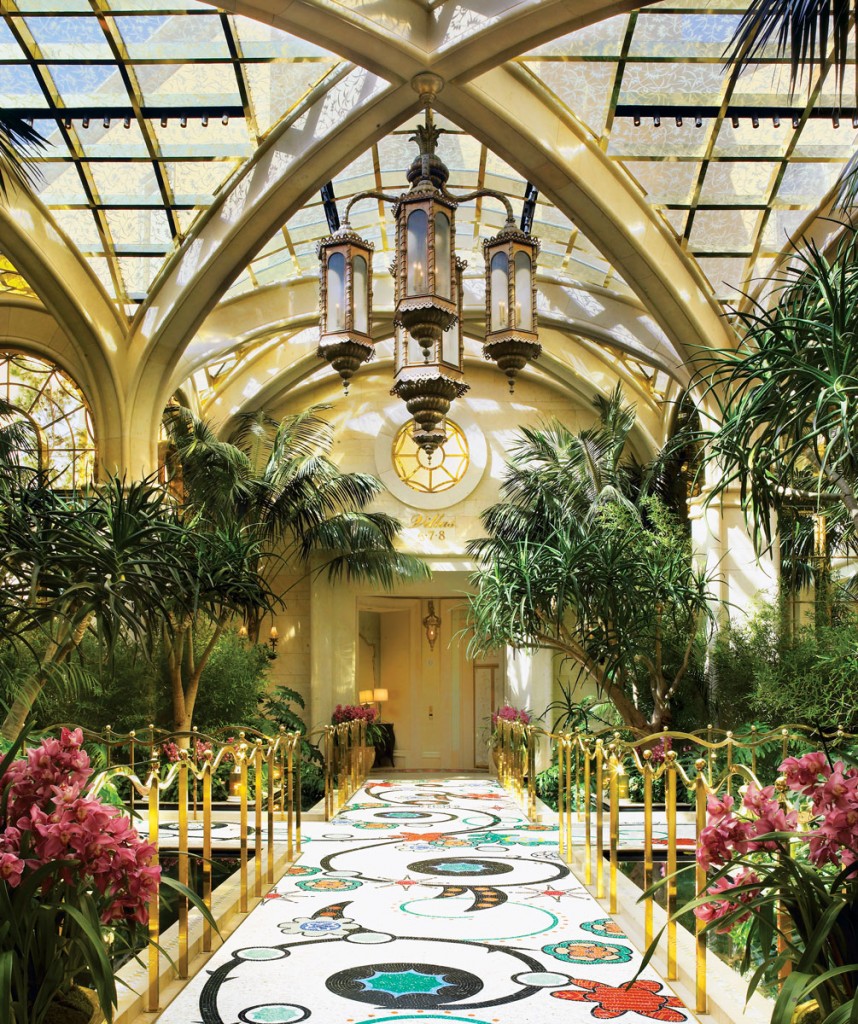 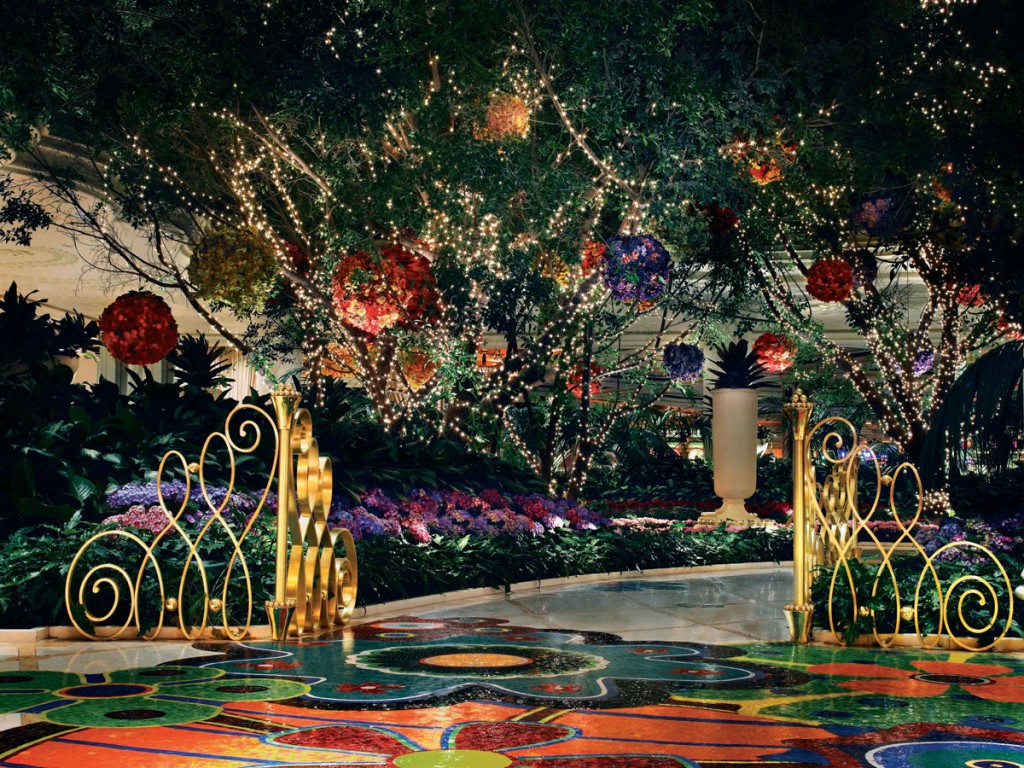 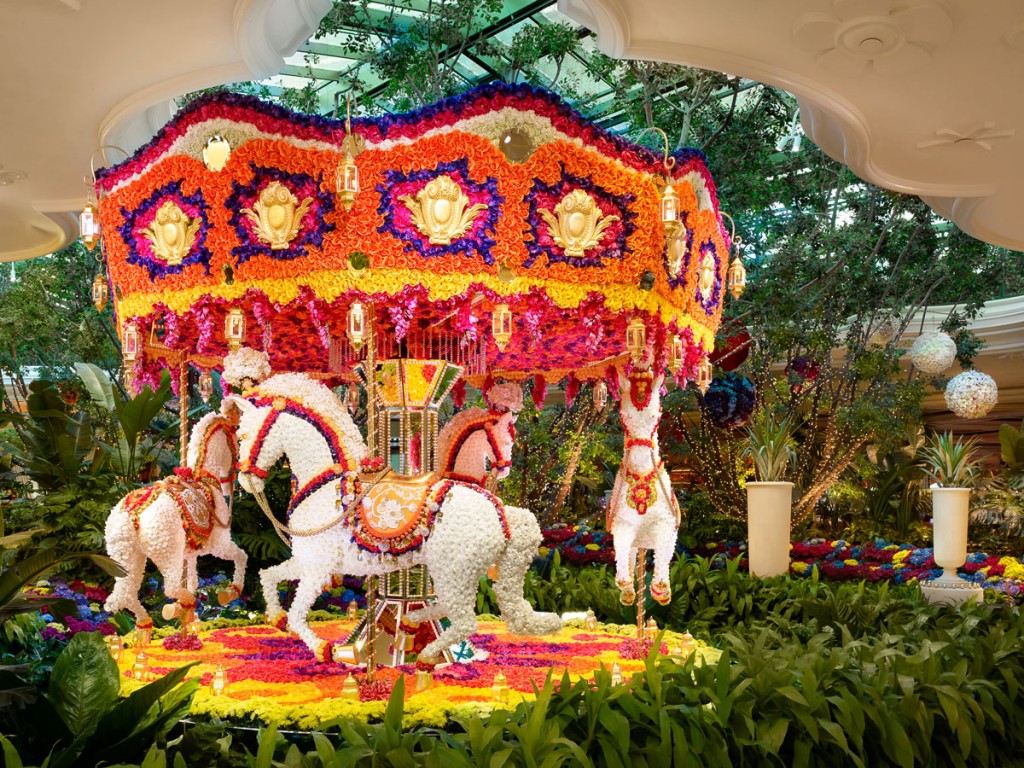 The completion of a project is always a special moment – and sometimes a unique kind of disappointment. When Bellagio opened, Steve found one critical miss in our procession of public spaces, where a stairway blocked a potential sweeping vista of a lake. He notes that in the Wynn’s lobby, you stand at the top of the pair of escalators and see the whole vista, cocktail lounge, restaurants and water outside. “I got revenge on my mistake,” he said, quipping later that “Bellagio was the practice hotel.” 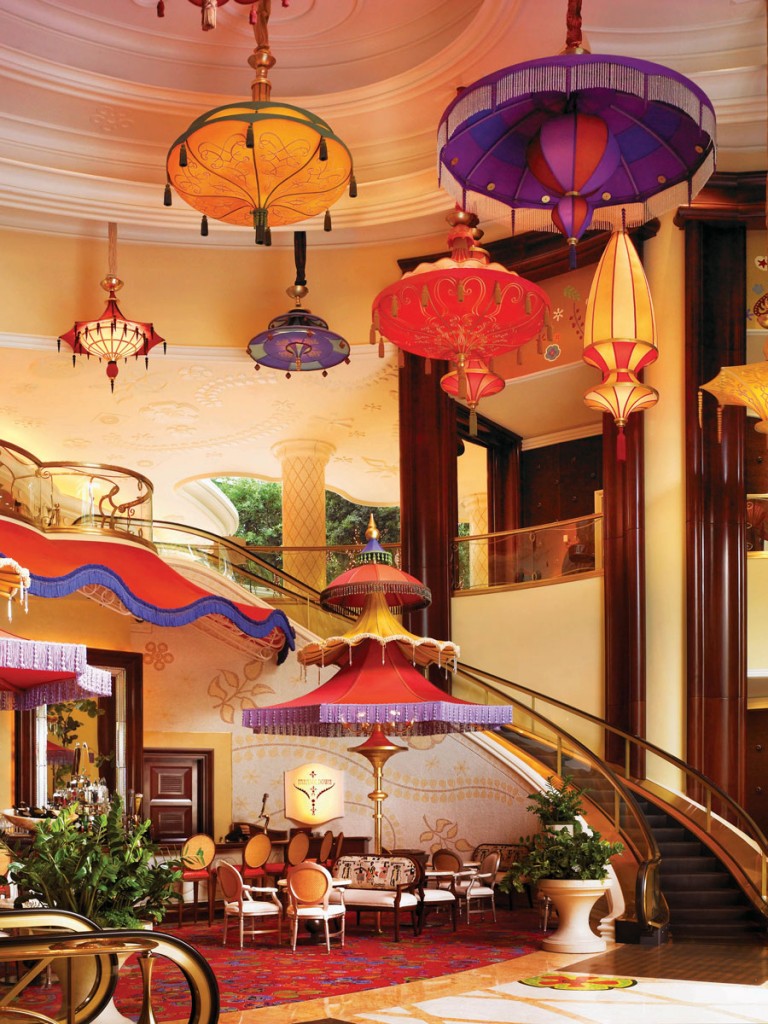