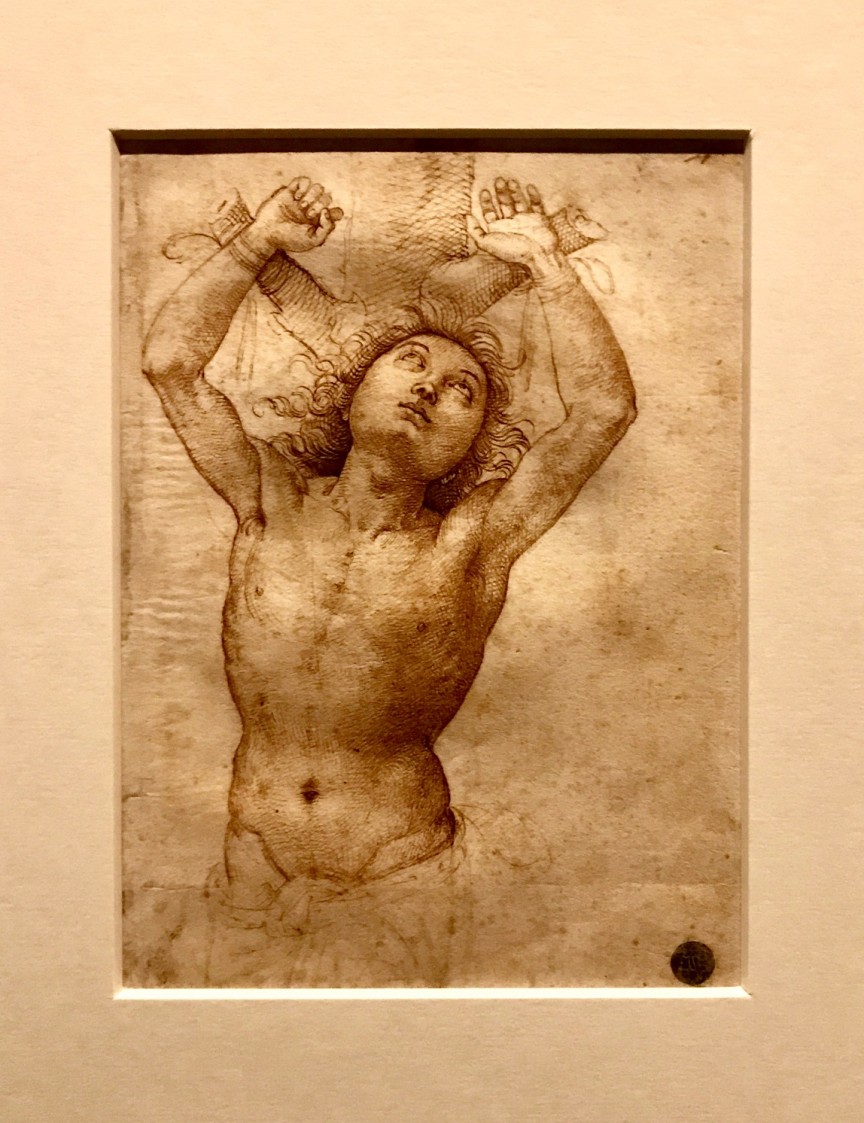 For the past eighteen years, my husband Arthur Libera and I have been collecting sculptures and paintings of San Sebastiáno dating as far back as the fourteenth century. We have become students of this second-century Roman centurion, who achieved sainthood by refusing to renounce his Christianity and being shot with arrows by fellow centurions in retaliation. He was saved by Saint Irene, and survived this experience only to be clubbed and thrown in the Roman Cloaca, the city’s vast sewer.

We traveled to Bergamo recently for an exhibition centered around Rafael’s San Sebastiano which lives at the Academia Carrara in that beautiful and charming city. It was joined by the version created by Rafael’s maestro, Perugino, which is in the collection of the Hermitage in St. Petersburg, as well as other beautiful examples and related objects.

After a full day of exhibitions, the Academia Carrara and the city’s churches, we totaled 13 San Sebastiános. 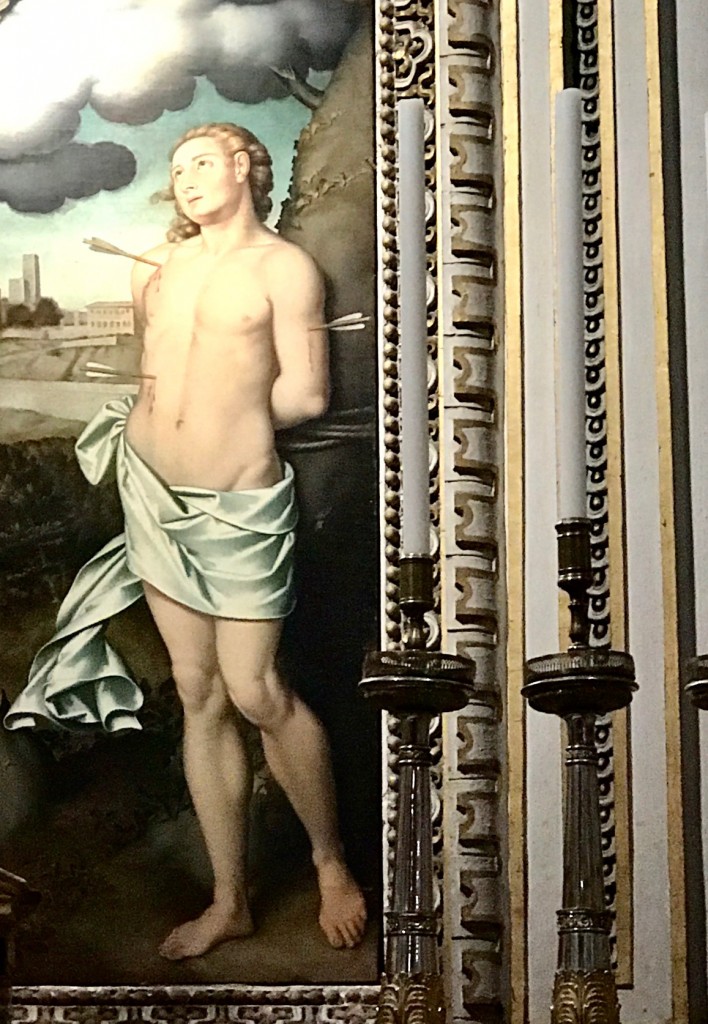 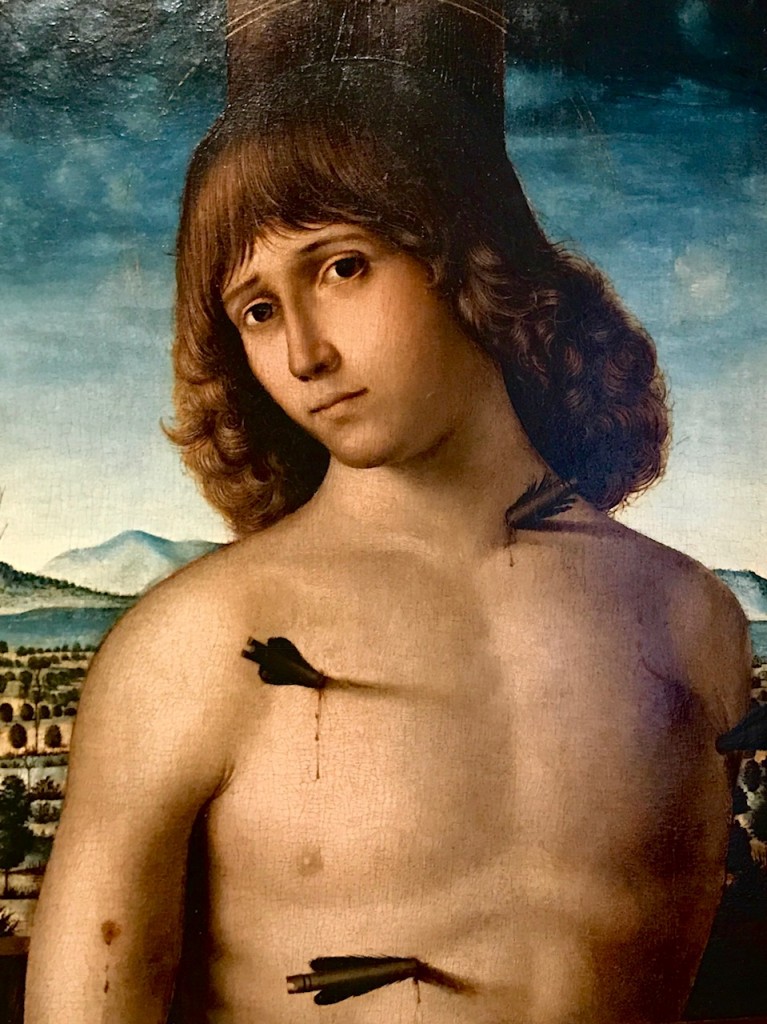 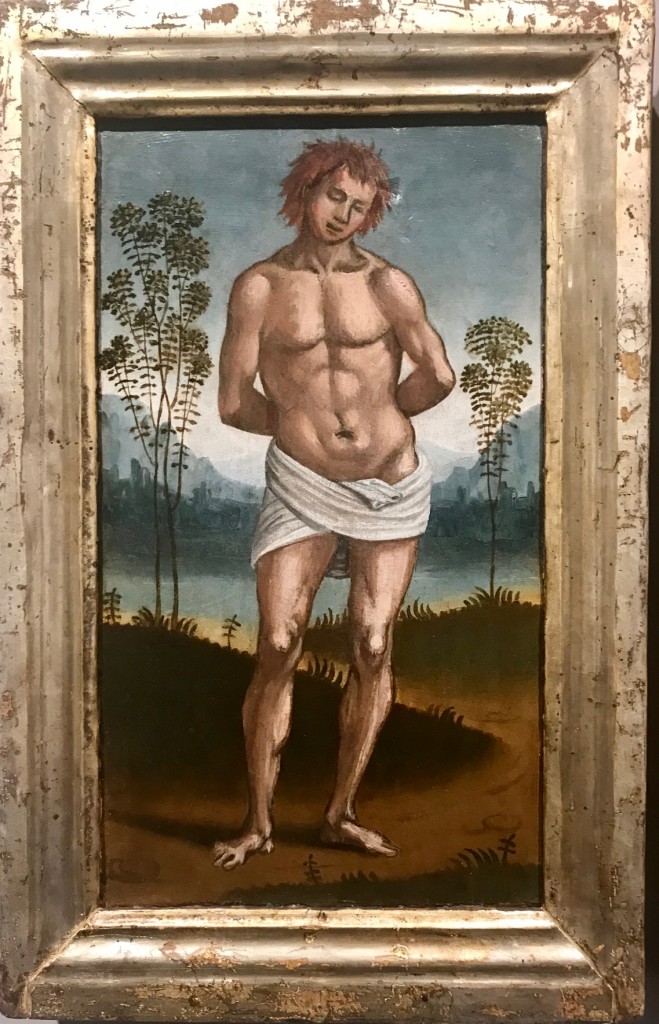 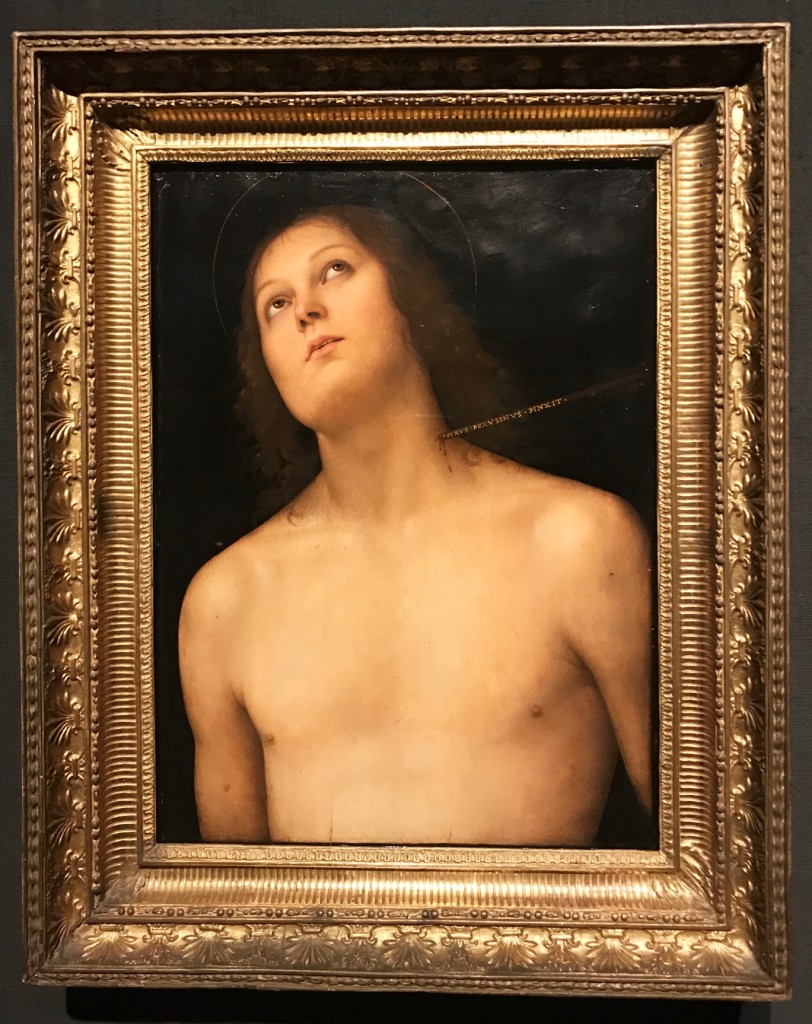 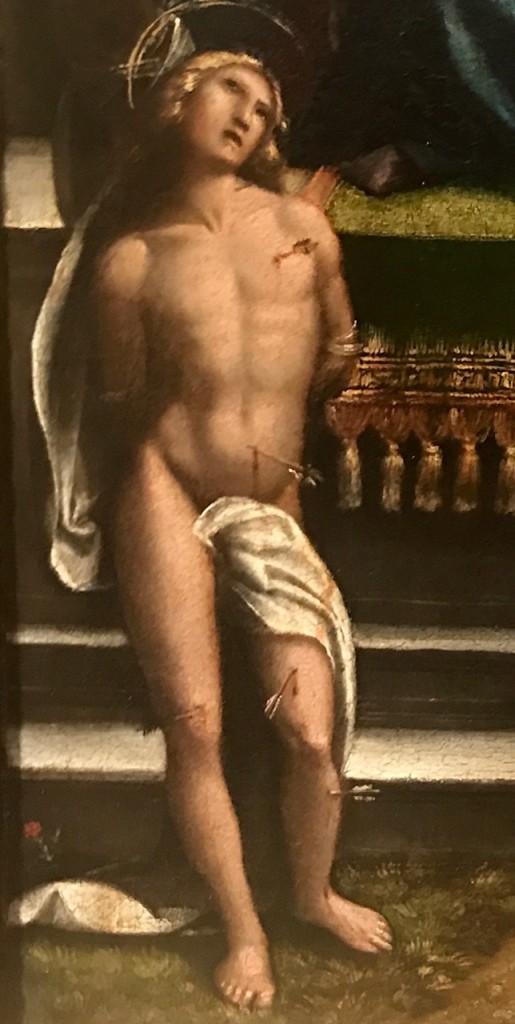 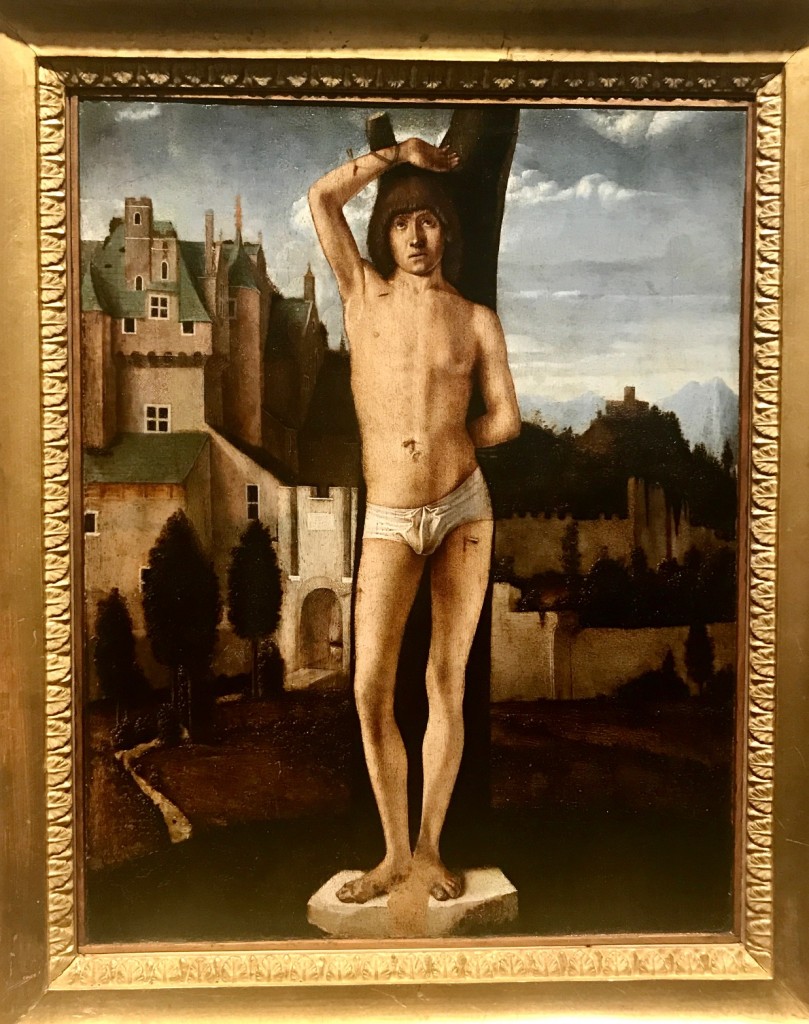 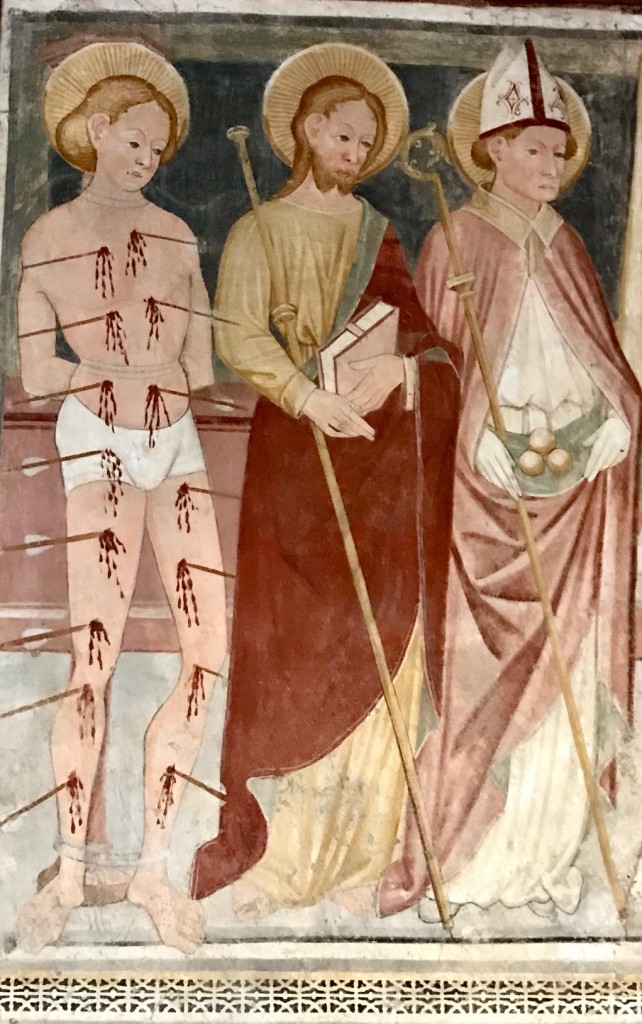